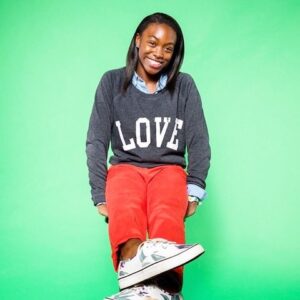 The ‘Taylor Moxey Library’ project has inspired the imaginations of both children and adults. Constructed of pod-style buildings created from repurposed shipping containers Taylor Moxey libraries are the perfect space to learn and discover.

Overall, Taylor’s successes as a philanthropist along with establishing the ‘Taylor Moxey Foundation’, earned her the 2019 Outstanding Youth Humanitarian Award by Mayor Judy Paul and the Town of Davie, Fl., the Association of Fundraising Professionals (AFP) Miami’s 2018 Outstanding Youth in Philanthropy Award, the 2018 Woman of the Year Award, the 2017 Youth Entrepreneur of the Year Award, the 2016 President Barack H. Obama President’s Volunteer Service Award, the class of 2016 President George H.W. Bush Points of Light Award, the  2015 President’s Voluntary Service Award and a median (17th Street and Biscayne Blvd in Miami, FL.) adopted and named in honor of the the Taylor Moxey Foundation. Alongside these accomplishments, Taylor received the honor of August 18th being proclaimed as “Taylor Moxey Day” in Miami-Dade County.

As Taylor continues to evolve and live life limitlessly, she hopes to inspire others to do the same.