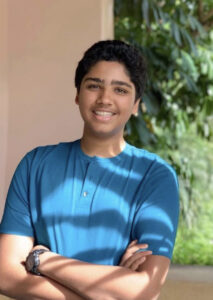 Aman Sharma is a 17 year old climate activist from New Delhi, India. In May 2019, Aman petitioned to the government for Declaring a National Climate Emergency on Change.org. He managed to collect over 370,000 signatures on the petition and subsequently helping create the network ‘All In For Climate Action’ consisting of more than 110 activists from 70 countries with a combined 1.7 million signature count, all campaigning for a climate emergency declaration worldwide. This campaign was selected by the UN Secretary General to be presented at the UN Youth climate action summit in New York in 2019, one of 4 campaigns selected from across the globe.

He has spoken at the Nobel Peace Prize Centre’s Oslo Pax in Norway as 1 of 2 Indians selected after being nominated by Nobel Laureate Kailash Satyarthi, with his speech being tweeted about by the 6-time President of Iceland Mr Olafur Grimsson as eloquent and a true representation of the climate crisis. He was invited by UNDP and UNEP to be a speaker at the UN ‘Nature For Life Hub’, an event at the 75th UN General Assembly in 2020 hosted in conjunction with National Geographic and the World Economic Forum, and was chosen by Sanctuary Asia and WILD Foundation as the keynote opening speaker at the 11th International Congress ‘ WILD 11’ (delayed due to covid).

He is also an ambassador for the Earth Day Network, the Wild Foundation and March For Science, & was selected by UNDP as part of their World Environment Day campaign to champion the UN’s Mission 1.5 alongside environmentalists like Cara Delevingne, Cody Simpson and Michelle Yeoh. He has regularly addressed international and national climate and wildlife conventions, and spoken alongside speakers like Canadian Prime Minister Justin Trudeau, Norwegian Prime Minister Erna Solberg and Actor Edward Norton. As a core team member and organizer for Fridays for Future India and part of FFF International, Aman has helped organize several protests across Delhi and India, mobilising hundreds of thousands of people and kids to strike for climate action across 250 locations in India. 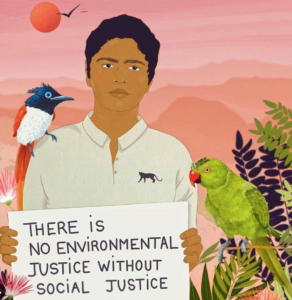 He has also been part of / collaborated for several campaigns with organizations and bodies like Fridays for Future International, Greenpeace, UNDP, UNICEF, UN Youth Envoy and Amnesty, with his initiatives receiving support from several public figures and environmentalists such as Leonardo Di Caprio, Jaden Smith and Shawn Mendes. Aman is an avid birdwatcher and wildlife conservationist, and co-founded the Cuckoo About Nature Club, the first and now largest fully child led birding network in India that introduces children to nature through bird walks and campus counts, nature workshops, community art projects and wildlife quizzes. He was also awarded the ‘Environmentalist of the Year’ award by Modern School Vasant Vihar in 2019 and included in IndiaTimes list of ‘2020 Heroes’.

By co-founding international climate education NGO Re-earth Initiative along with 9 other climate activist from across the globe during lockdown in 2020, becoming a published author in 2019 by writing 2 books on Indian wildlife for Dorling Kindersley and being the Director of his school’s Environment Club, Aman hopes to create a difference and pave the path for intersectional and BIPOC representation in international climate discussions and conservation of Indian biodiversity!