The greatest threat to our planet is the belief that someone else will save it.

Heal the Planet’s mission is to educate and empower individuals to recognize the profound impact one’s personal choices have not only on his or her own health and well-being, but also the health and sustainability of our planet.

Reducing our increasing collective use of single use plastic is a critical component to healing our planet. Toxic, excess plastic is being used and disposed of carelessly and at an alarming rate, which has sparked a devastating health crisis of mass proportions— both within our own country and throughout the world. More specifically, disposable plastic straws and microbeads wreak havoc on our ecosystem. In the United States alone, 500 million disposable plastic straws are used and then discarded each day to the tune of 175 billion straws making their way into landfills and littering our waterways and oceans each year. To put things into perspective, 500 million straws could fill over 127 school buses each day. That is more than 46,400 school buses every year.

Microbeads are plastic particles typically smaller than two millimeters. Microbeads are composed of any combination of polyethylene (PE) or polypropylene (PP), polyethylene terephthalate (PET), polymethlyl methacrylate (PMMA) or nylon- all of which are plastic products. Plastic microbeads are in face soaps, body washes, toothpastes, “age-defying” makeup (yes, filling in wrinkles with plastic dust!), lip gloss, and nail polish. Wastewater treatment doesn’t filter out microbeads, so instead the microbeads are discharged into our waterways. Microbeads can now be found in bays, gulfs and seas worldwide, as well as inland waterways. According to the study, Plastic Resin Pellets as a Transport Medium for Toxic Chemicals in the Marine Environment, one single microbead can be up to a million times more toxic than the water surrounding it. Similar to single use plastic straws, microbeads become impregnated with organic pollutants (long-lasting toxic chemicals like pesticides, flame retardants, motor oil and more) and other industrial chemicals. Thankfully in 2015, the United States enacted federal legislation to ban microbeads (woot!). The Story of Stuff Project led a coalition of over 100 groups to push back on industry-sponsored state legislation, and ultimately succeeded. Currently, other countries including Canada, Australia, the United Kingdom, and many others are considering microbead ban legislation as well. But be aware — not all countries require participate in the ban, but many producers list their ingredients anyway. If you see any of the following ingredients: polyethylene, polypropylene, polyethylene terephthalate or polymethyl methacrylate you’re using plastic and therefore contributing to harming the environment. 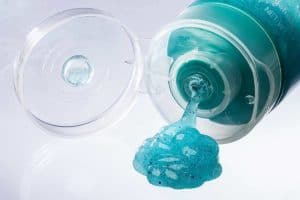 The long-term consequences to our environment far outweigh any short-term benefit of using plastic straws and/or microbeads. A typical plastic straw takes 500 years to decompose, meaning that throughout those 500 years, pollutants and toxins from those billions upon billions of straws continually seep into the soil and water supply. Plastic also attracts other pollutants. Two components used in the synthesis of plastics—bisphenol-A (BPA) and phthalates, pose a threat to human health because these chemicals which give plastics their rigidity or flexibility (flame retardants, bisphenols, phthalates and other harmful chemicals) are in fact oily poisons that also repel water and stick to petroleum-based objects like plastic debris. This excessive accumulation of plastic negatively affects the health of our total population.

Natural capital cost is a term used to describe the cost to the world’s stock of natural resources. According to Valuing Plastic, a report produced by the Plastic Disclosure Project (PDP) and Trucost, the overall natural capital cost of plastic damage resulting from both polluting the marine environment and air pollution caused by incinerating plastic each year totals $75 billion. Over thirty percent of the such costs are due to greenhouse gas emissions from the extraction and processing of raw materials. Marine pollution costs the United States an estimated $13 billion, but that figure is believed to be a gross underestimation.

Plastic use and disposal is incredibly taxing on the environment. Of the 30 million tons of plastic discarded by Americans each year, a mere 8% gets recycled. The other ninety-two percent ends up in landfills, is burned or becomes litter. Buried within each of the thousands of landfills throughout the United States, toxic chemicals embedded in plastics become persistent organic pollutants, contaminating our groundwater. Additives and breakdown by-products in plastics drain out and seep into the surrounding soil and groundwater, and flow downstream into our lakes and rivers.  The toxic chemicals leached out of single use plastic are now routinely found in the blood and tissue of nearly all of us. Exposure to such toxins have been linked to cancers, birth defects, impaired immunity, endocrine disruption, and other ailments. 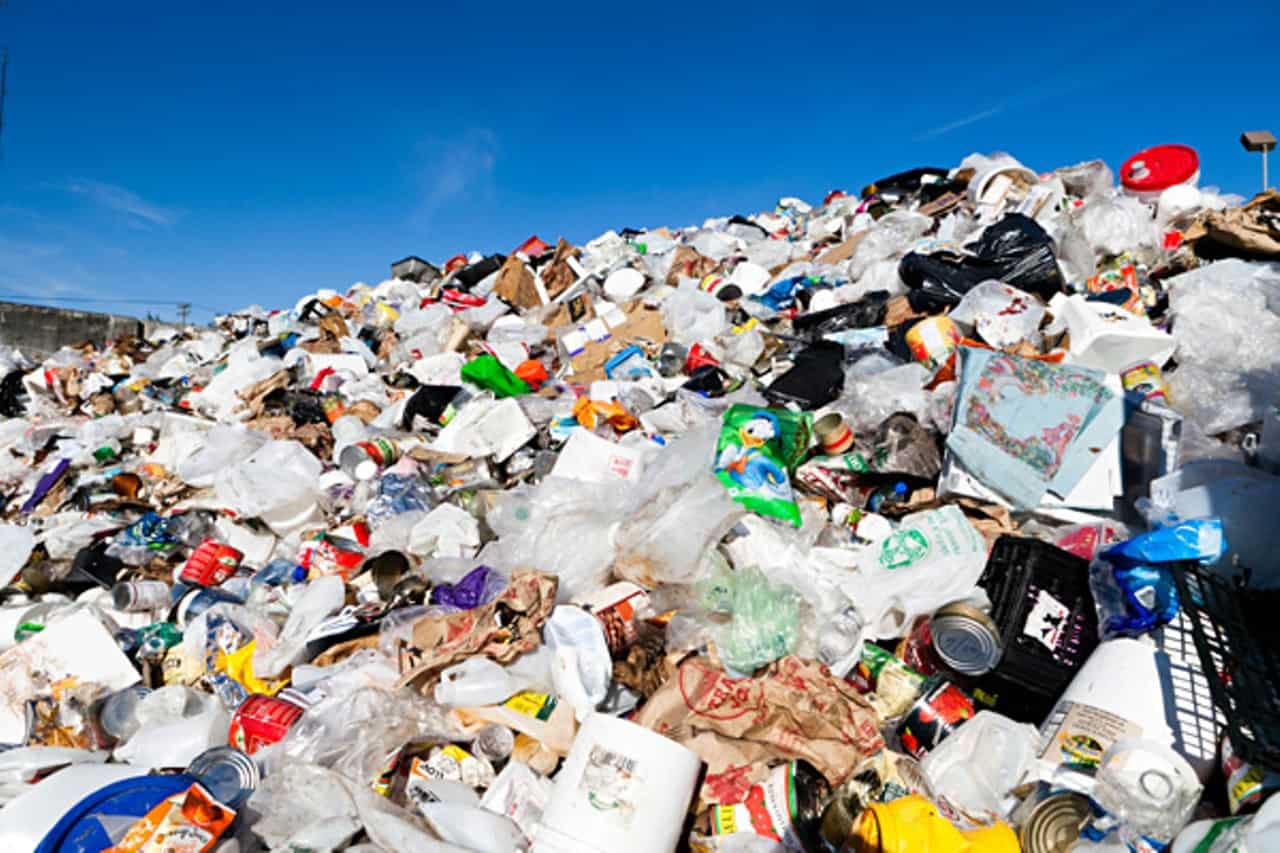 Our food chain has been compromised as single use plastic infiltrates our ecosystem. Along the entire United States coastline, plastics are already negatively affecting more than 660 marine wildlife species. Wildlife often become entangled in plastic, compromising their safety and longevity. If and when plastic is ingested, marine life experiences a 50% mortality rate. Fish and birds consume plastic and feed it to their young, mistaking it for food. One University of California Santa Barbara study conducted by the National Center for Ecological Analysis and Synthesis (NCEAS) found that 8 million metric tons of plastic trash end up in our oceans every year. That’s equivalent to five grocery bags filled with plastic for every foot of coastline in the world. Plastic has even been found littered throughout extremely remote areas of the Earth. Just as in landfills, toxic chemicals leach out of plastics and accumulate on other plastics—a grave concern with increasing amounts of plastic debris found in the world’s oceans. Even plankton are consuming microplastics and absorbing these hazardous chemicals. An estimated 71% of seabirds and 30% of turtles have been found with plastics in their stomachs and it is estimated that 25% of all fish now have plastic in their systems. Tiny, broken down pieces of plastic are even displacing the algae needed to sustain larger sea life who feed on them. In our oceans alone, plastic debris outweighs zooplankton by a ratio of 36-to-1. In the year 2050, it is estimated that there will be more plastic in the ocean than fish.

Why should we as Floridian’s care? Well, because plastic costs billions to abate.

Everything suffers because of plastic pollution: tourism, recreation, business, the health of humans, animals, fish and birds. Our state depends on tourism for tax revenue and to support our local businesses. The good news is that there are so many individuals and organizations around the world working to address the problems we now face as a result of years of irresponsible single use plastic consumption. Prime Minister Theresa May announced a Britain-wide ban on the sale of plastic straws, stirrers, and plastic cotton swabs as the global war against plastic pollution gains momentum.

Here are other companies and organizations who are following suit:

This is precisely how change happens— when more people and more organizations step up and demand more of what we all wish to see in the world— in a way that Heal the Planet promotes. In this case, we support the reduction or elimination of harmful plastic straws and microbeads. Bars and restaurants stand to benefit from taking a place at the table in this movement. There are multiple reasons why any dining establishment should want to skip the straw. Humans depend on the ocean for food, recreation, and economic benefit— Floridians especially. Economically speaking, the Sunshine State relies heavily on tourism to exist. If the waterways and the coastline surrounding our state continue to become increasingly tainted with plastic, our visitors will choose to go elsewhere. The health and well-being of marine wildlife and humans alike will continue to suffer. 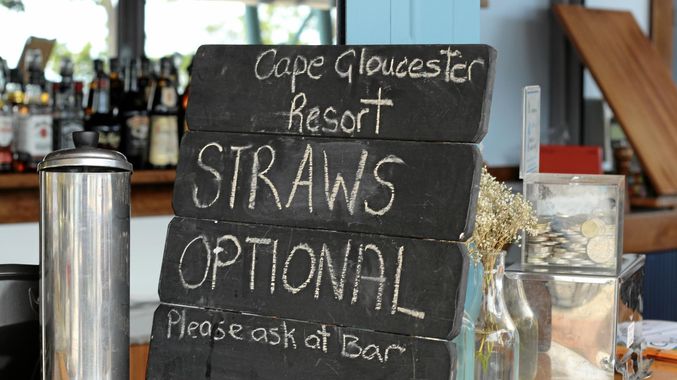 Here are some ways in which dining and drinking establishments can take action to alleviate the use of single use plastics.

The Sea Turtle Conservancy has published this postcard for businesses to share with their patrons. You can be an ambassador. If you’re an eco-friendly consumer, encourage restaurants, businesses, and even your peers to use only paper straws. Choose to share this postcard with your favorite local businesses, letting them know you support such efforts.

Also, don’t hesitate to let your local establishments know of viable alternatives. Paper straws are a great alternative to plastic straws. Use of paper straws help reduce plastic pollution by decomposing in just 45-90 days but not all are biodegradable. Here are a few to try at home:

Reusable straws are another terrific alternative to plastic straws. For travel and on the go, you may prefer metal, glass, or bamboo straws.

At Heal the Planet, we hold true to our belief that small acts can have big impact. Our goal is to educate and empower you to change the world in incremental yet substantial ways that will help every single living being on our planet. Great American Author Maya Angelou once said, “When you know better, you do better.” Our hope is that by becoming more mindful about the ways in which our everyday lifestyle habits have a wide-reaching ripple affect our surroundings, we can become game changers and bring vitality to ourselves and the world at large. We are all in this together and together we can pool our collective action to enact great economic and social change.